How good is my film? This question haunts every filmmaker, even those whose films are produced by the big Hollywood studios. For indie filmmakers, on a limited budget, the question has to be answered before spending a ton of money attending festivals, making hard drives, and paying for publicity and advertising. You can screen the film before selected audiences and gauge their reactions, but that’s rarely indicative of future success. Festival screenings, even when you draw a full house, rarely predict future commercial success.

Here are  three components necessary for successfully and inexpensively testing your film. Three sure ways to answer that all-consuming question: “How good is my film?”

1. Book a theatrical run (minimum of one week) in either New York or Los Angeles. No other city will be as influential.

2. Secure the services of a publicist to contact the major film critics.

3. Get those reviews. We in the film industry often quip that a good review in The New York Times is worth a million bucks.

Favorable reviews and a decent box office indicate, loud and clear, that your film is a good one. It’s ready to become financially successful with the major ancillary outlets: The digital platforms, Cable VOD, DVD sales, and the most lucrative of all, TV sales.

Our CINEMAflix DISTRIBUTION Program will handle all this for you. For one set package price we’ll book the theater for a full one-week run (you’ll keep 100% of the box office), provide the publicist, work hard to get your film reviewed by the major media, and encode and submit your film to the most popular digital, cable, DVD, and TV outlets. Our website, www.cinemaflixdistribution.com, lists all our features and costs.

FREE OFFER: If you mail us a DVD screener or a link to your film, we’ll give you a free evaluation. No obligation. I will also mail you a complimentary copy of my recently published book, DON’T LET YOUR FILM DIE: HOW TO PLAN A SUCCESSFUL LAUNCH WITHOUT GOING BROKE. 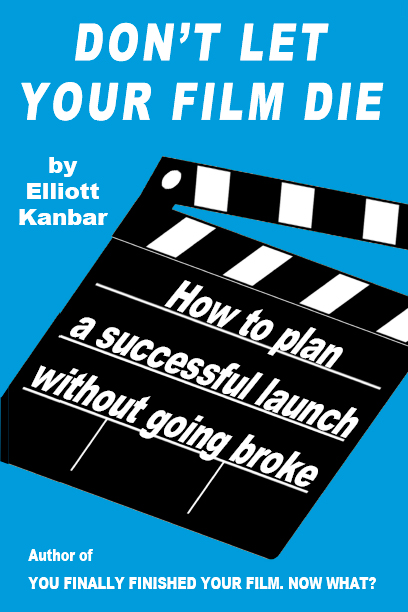